The Pleasure Of Killing Your Darlings

No one is sure what writer first said it. I encountered it when I read Stephen Kings book "On Writing: A Memoir of the Craft".
SK said: “Kill your darlings, kill your darlings, even when it breaks your egocentric little scribbler's heart, kill your darlings.”
What does it mean? It means to get rid of words, lines or phrases, sentences, unnecessary plotlines or characters that are mucking up your story.
The problem is - sometimes what you need to get rid of, is precious to you - clever - a turn of phrase you are proud of. And you created it.
I'll give you an example. I was cutting the word count on a short story. I went through it several times. Every time when I got to the section with the dreadlock guy I thought - can't cut him, he is essential to the story. About go through number fifteen I realized - he is not essential to the story. He actually isn't even part of the story. He is just a dreadlock guy who bangs on her window to wake her up so she doesn't miss the music. And I can cut fifty words or more if I have her wake up to an alarm she set on her phone instead.
I didn't want to do it because I thought it was clever on my part to put him there. It made the scene more authentic. He and the scene could have happened in real life in that setting. But he wasn't moving my story along so: 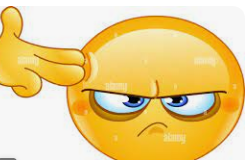 gun to head, dreadlock guy gone.
The thing is - I never realized what fun that could be.
I decided to turn an abandoned novel start into a short story. I wanted to submit it to a contest that only allowed 8000 words or less. The novel had 10300 words and no finish.
First I finished it. That took it up to 10700 words. I had to take out 2701 words. I went through it several times and cut a bunch out but not enough.
Then I decided to go through it using the Find feature on Word. I figured out so many words that I use too often that can usually be cut out without changing anything. In fact my story is better without them.
In alphabetical order:
about, begin, but, can, even, first, head, had, hand, just, (a) little, ly*, maybe, (for a few) minutes, pull, push, right (now), so(far), start, still, turn
*ly is not a word but remember all those admonishments not to use ly words. When I searched I had too many.
Anywho - once I got through all of that I was down to 7957 words. All good words. My story was tight. And ready to submit. So I did.
AND IT WAS FUN!!!
at November 26, 2022 No comments:

Should we be celebrating the massacre of fellow human beings - NO!

It's a USA holiday called Thanksgiving. I find it repulsive.

Should we really be celebrating the massacre of fellow humans. No? We should not.

I know, perspective is everything. So let's change our mindset, right? Let's say this day is actually about gratitude.

To me, that is an act of selfishness and unkindness. You're refocusing the holiday that was originally about wiping out populations of people - to be positive. It's not right. It's about you. It's about you wanting a holiday.

It's not about recognizing that wrong was done and making it right.

If we were being unselfish and kind - we would walk away from this holiday entirely. Not to assuage ancestral guilt but to avoid the appearance that we are okay with what happened. Anyone with a conscience is not okay with that.

This year I participated in the feast, sort of.

Next year I want to do something entirely different.

Nanowrimo is a success because my word count on the novel I'm writing is 15206.

It's not a great success because my word count should be 25005.

Words, I've written words. And a lot of them might not have been written if I weren't participating in National Novel Writers Month.

I've been having fun. Writing scenes I like. Picking placekeepers I like. What's a placekeeper - you ask.

A placekeeper is an image of someone you use for a character until the character forms more fully in your mind.

So far we have:

Theme song: Touch of Grey by the Grateful Dead 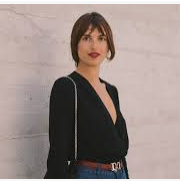 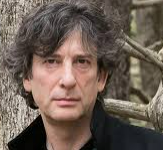 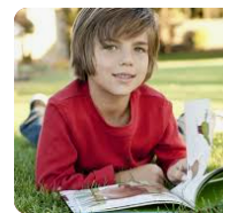 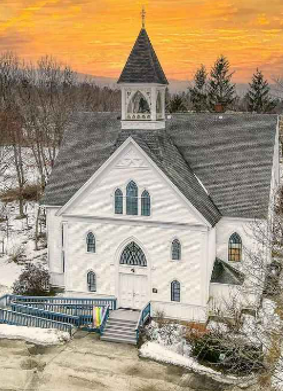 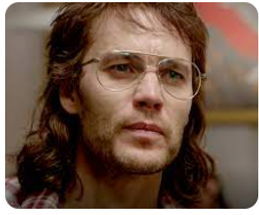 Holden Graves has a stalker and I am having a lot of fun writing her. While I don't have a whole playlist yet - she has a theme song.
Holden's stalker: Angie Lynn
Placekeeper: Angelyne 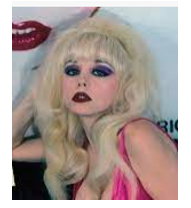 DEATH CAB FOR CUTIE: I'LL FOLLOW YOU INTO THE DARK

Let me tell you about the authors who participated in Pinellas Writers Zoom meeting tonight (actually Tuesday 11/8):

There’s Glenn – who sent me down the first wormhole because I had to find out if Mars is cold or hot. Turns out it’s cold, as Glenn read, and it’s only logical that it would be because it’s 50 million miles further away from the Sun than we are.

Then there was Eve who was planning strategy for when former Presidents get arrested. I like her thinking. And her fictional president’s name is Schicklgruber – wormhole again – which means “moneygrubber" and now I can’t call certain former presidents anything else.

Richard was pursuing a jeweler whose significant other wore panties covered with diesel dust. You had to be there. (Why weren’t you? There, I mean.)

And Louise, our dear beloved Louise. There’s no predicting what she will say or do or, in this case, write. The perfect name for a cheating husband – Thaddeus Chenowith III. It just doesn’t get better.

Then we come to Tad. He has my full attention immediately because he’s quoting lyrics from Death Cab For Cutie. And he’s using phrases like “superhuman tolerance for tedium” and “traveling makes him feel light”. I can relate. Staying in one place for too long used to make me feel stuck – trapped. And, as usual, there is a word I have not encountered before: agitprop. It means political propaganda, especially in art or literature – wormhole!

Susan – also unpredictable – and apparently ruthless, is reading a story in which her heroine is plotting to kill her husband. Quite boldly. With no shame.

Of course, Linda writes thrillers, and while her body count is not in the triple digits like George RR Martin, it’s high enough to make this listener cringe while still admiring the prose and the details.

Sallie, Phillip and BJ were present. They didn’t read – sad – but they did provide their usual useful critiques.

As for myself, my characters Holden Graves and Charlotte Bronte Harrison were enjoying a perfectly prickly road trip until Angelyne the stalker came along – and – as David wisely put it – bonded them together against a common enemy.

That wraps up another week of throwing words at the wall to see what sticks.

And, as my dad would say, god willin and the creek don’t rise – yours truly will be moderator!!!

"So, write. Find your recipes on the days that writing is hard. Slow down on the days the plot is throwing speed bumps your way. Lift dialogue directly from your life. Allow the play and experimenting and process to teach you as much as the finishing point. There will always be a reason why you cannot finish your project. Now go ahead and list all the reasons you not only can, but you most definitely will."

For me - substitute POEMS for Recipes.

Front Not a Political Party

When I started this blog I didn't want it to be solely about my writing stuff. Because...boring sometimes.

Elections are 6 days away so let's talk about that.

I have always been a left leaning but bipartisan voter. I am registered democrat but I have always voted for some of the other parties.

The former republican party that, in my opinion, is no longer a party but rather a front for rich bullies, their wannabee rich followers, oligarchs and one issue voters - will never get my vote again unless they police themselves and become a real party instead of a front.

And for people who say the democrats are just as bad as the republicans no they are not. Here are some differences that represent significantly different mindsets: 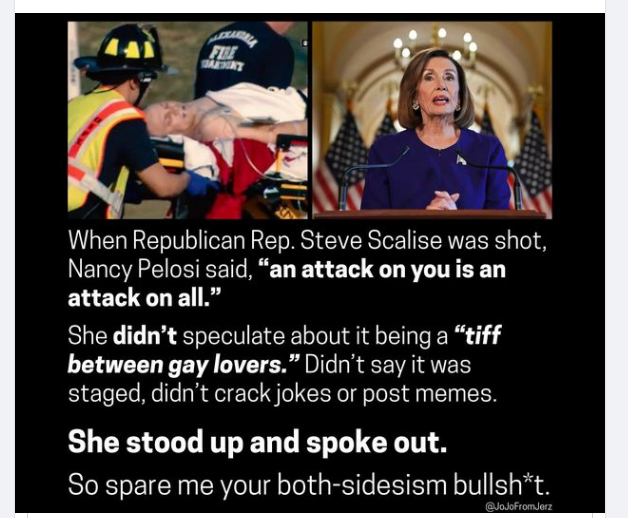 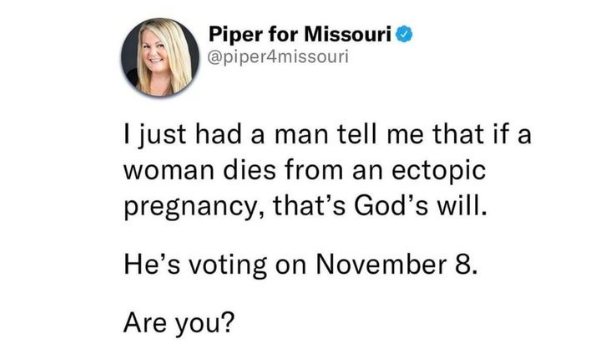 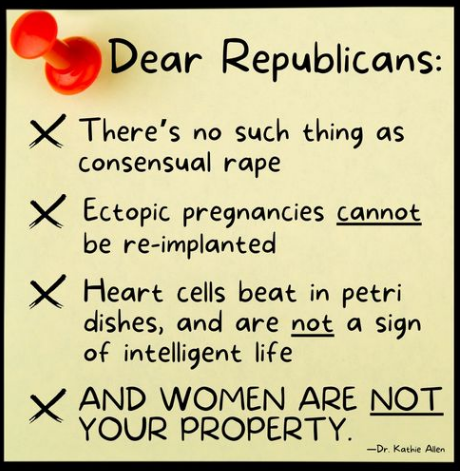 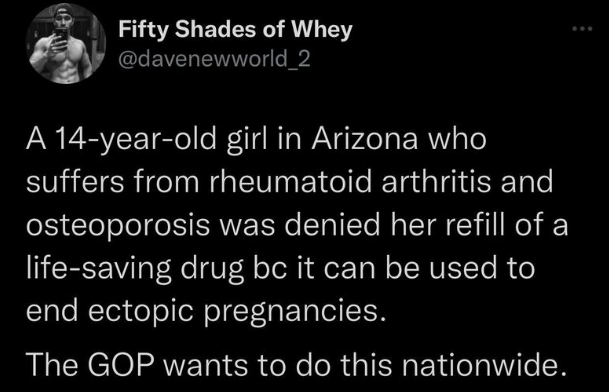 the republican front values:
corporations being more important than people / families / children
Book banning
Trying to rewrite history and teach a lying version in public schools
Trying to force a version of family created in the 50s that was only ever beneficial for white males
Suppressing the vote in any way they can
So much more
the republican front has no moral compass
We need women and people of color to come out in droves and vote on Tuesday.
I could go on all day but you get the gist.
Whatever your beliefs - please vote on Tuesday.
And if you are a republican please do whatever you can to get rid of the front and become an actual party again. We need our two party system. We need our checks and balances. The way you have allowed things to become - we don't have that anymore!

I have decided to participate in National Novel Writers Month starting Nov 1st this year.

I will be working on the second novel in a contemporary gothic romance trilogy called the Chosen Poets Trilogy. The title of the novel I will be working on is Black Windows - so named because of a dark ritual the protagonists mother put her through when she was growing up.

I am tentatively putting myself in the plantser category because I am doing some plotting & some pantsing. This is a nanowrimo badge for that:

Plotters start with outlines & character studies, etc.
Pantsers start with a blank page and a vague idea in their heads.
I don't have it all worked out but I have more than a vague notion.
I am eager to start!
This protagonist writes paradelles. Paradelle poetry has a colorful history as it started out as a joke - hoax created by former poet laureate Billy Collins. For details of the hoax & the poetry structure go here.
I leave you with the theme song for my protagonist, Charlotte Bronte Harrison, from the WIP novel Black Windows.
Touch of Grey by the Grateful Dead